Use Advanced 360° Video to End Your Driving Anxiety So You Can Drive Again With Confidence!

Discover how this new video technology can help end your driving anxiety from the comfort of your own home.

Do you fear driving? Are you afraid of having a panic attack while driving on the highway or stuck in traffic?

Are you unable to drive on highways for fear of a panic attack? Maybe you struggle to collect the kids from school without having a safe person in the car with you? If driving makes you very anxious you are absolutely not alone. Millions of people around the world are too terrified to do the simplest of drives.

Our mission is to seek out and use new technology with the very best therapeutic approach (DARE) to end anxiety!

Now you can use advanced DARE 360° Video from the comfort of your own home to end your driving anxiety. 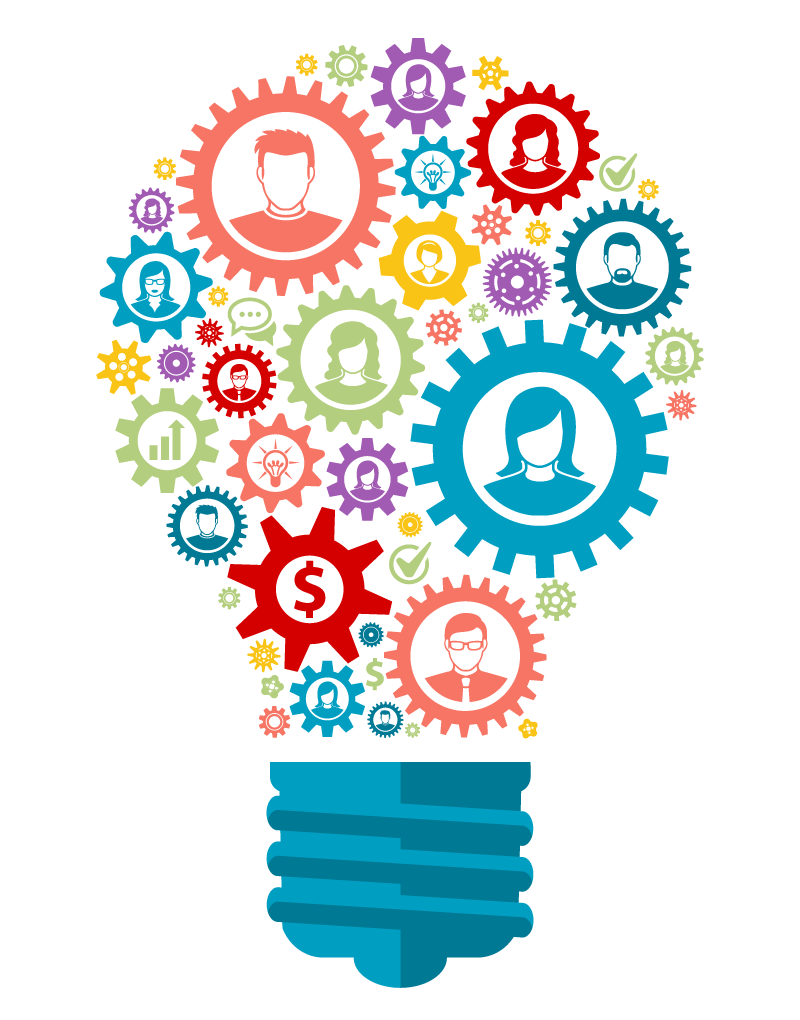 Use these audios in any situation you feel anxiety or panic 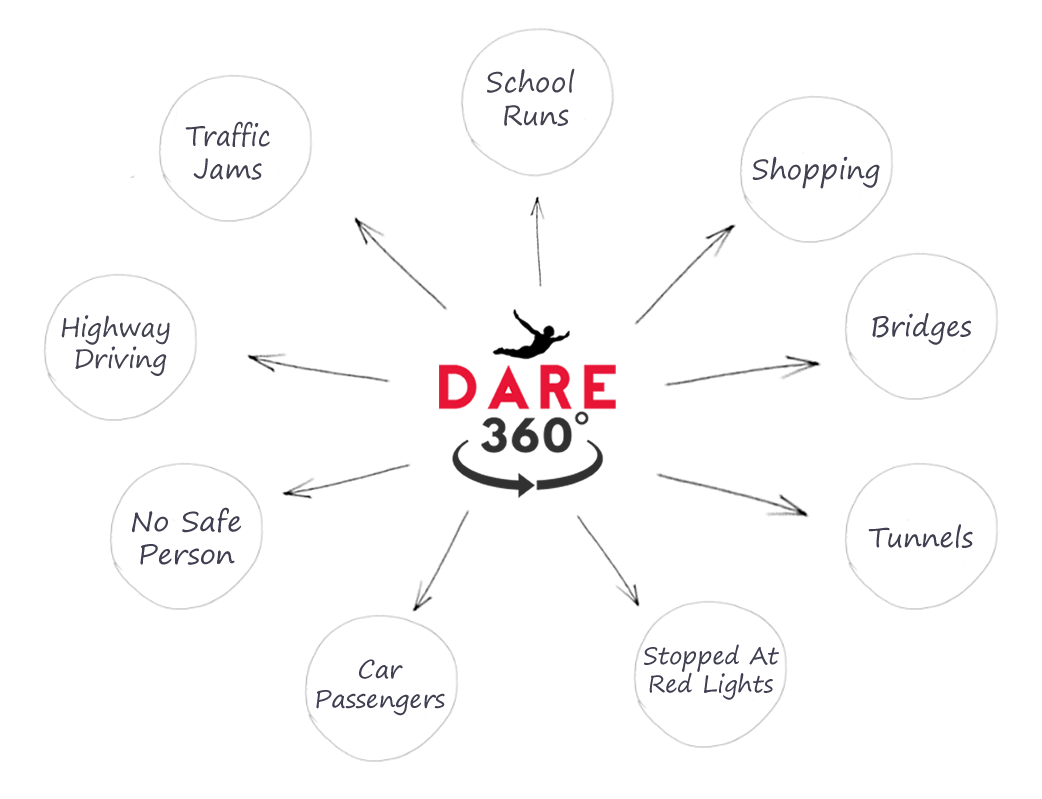 We went to Los Angeles to film with a 360° camera while driving in some of the worst traffic in world!

To record these videos, we used a special set of six cameras, all recording a 360° degree vision of each driving scene from inside the car.

Using your phone you can have the experience of being there in the car.

As you pan and rotate the view to watch it from different angles. 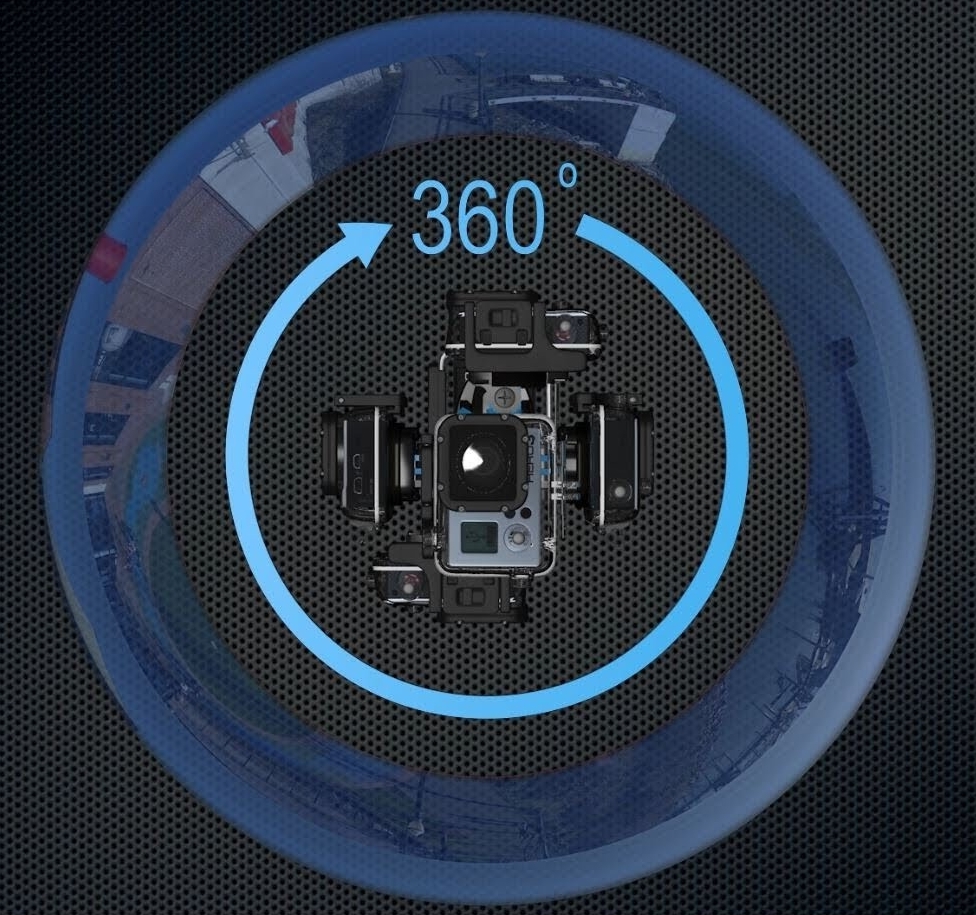 360° Reality is an immersive video reality that allows you to experience and interact with a 3D world.

The display will typically immerse you into a 3D effect with stereo sound.

Together with the technology and the input tracking, it will create an immersive, believable experience, allowing you to explore the a 360° world being generated by the computer.

All you need is a smartphone to pan and rotate a 360° video's perspective to watch it from different angles.

Our videos have a 360° video label in the top left-hand corner and are viewable on computers, iOS devices and Android devices. 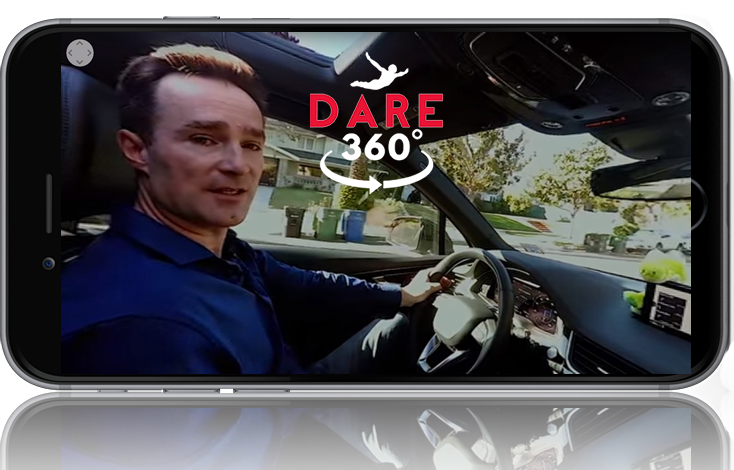 HOW DO I WATCH 360° VIDEOS ON MY SMARTPHONE WITHOUT A HEAD-SET?

Viewers can pan and rotate a 360° video's perspective to watch it from different angles. These videos have a 360° video label in the top left-hand corner and are viewable on computers, iOS devices and Android devices.

To watch 360° videos, you need the latest version of Chrome, Opera, Firefox, or Internet Explorer on your computer.

On mobile devices, use the latest version of the YouTube app for Android or iOS.

Keep in mind that 360° videos are larger than normal video files and may take longer to load.

HOW DO I WATCH 360° VIDEOS ON MY DESKTOP COMPUTER?

When watching a 360° video on a computer, the viewing angle is changed by dragging with the mouse.

Make sure you're using the latest version of your web browser (ex. Chrome, Firefox). 360° videos aren't viewable on Safari or Internet Explorer.

Learn to be comfortable stuck in bumper to bumper gridlock traffic or stopped at red lights.

Learn how to approach specific challenges like crossing bridges or driving through tunnels that have no emergency lane to pull over into.

Feel confident and safe while driving at a comfortable speed on highways, crossing lanes and exiting when needed.

Overcome a fear of driving to your local shops. Collecting kids from school or just traveling further from your home than normal. 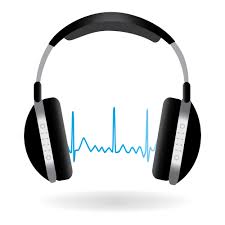 This audio will help you to relax when out and about 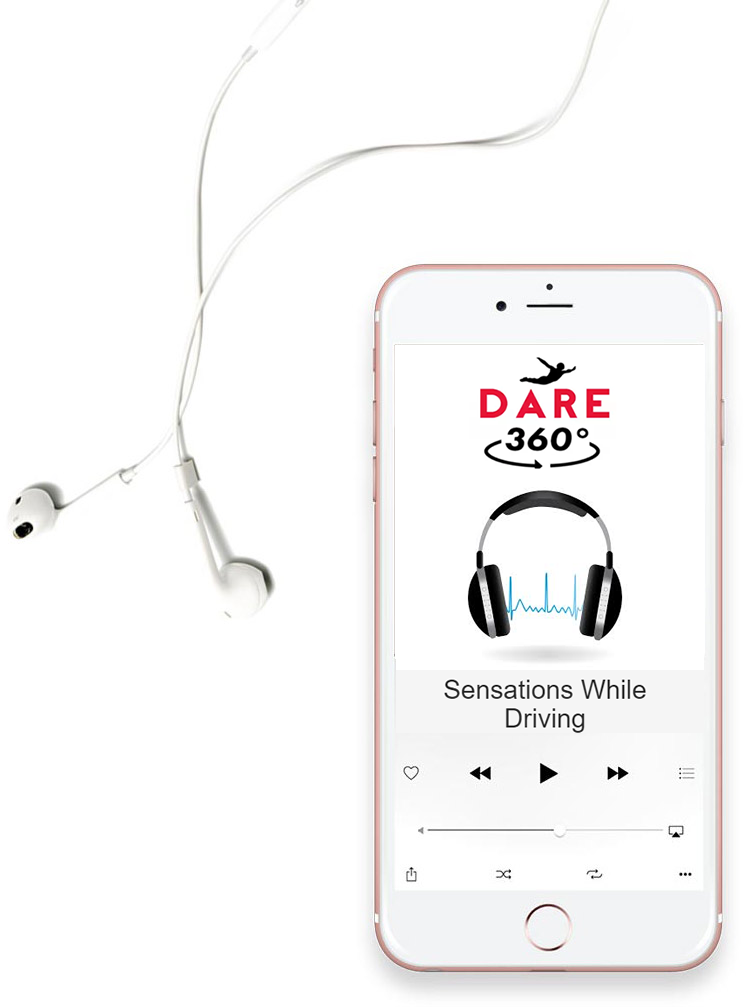 Meet the author of DARE
and creator of DARE 360°

My name is Barry McDonagh and I have been teaching people to end their panic and anxiety for over ten years.

I have taught everyone from top CEO’s and celebrities to police officers, soldiers and 'stay at home' moms on how to end their anxiety and panic attacks fast.

I am the author of DARE and the creator of the best selling anxiety treatment program Panic Away. My work has been used by over 80,000 people worldwide

My goal is now to help you live a fulfilled life ‘beyond anxiety’. Helping you to no longer let anxiety define who you are and what you are capable of.

Author of D.A.R.E and Panic Away

Our cutting edge platform enables your learning anywhere, anytime. On your way to work? Just press play on your smartphone and start the program on your commute.

When you get home, you can just as easily continue where you left off on your tablet, laptop, or any other internet enabled device you own.

And when you enrol today, feel satisfied knowing that any moment you need relief from anxiety it's there for you – at the push of a button. 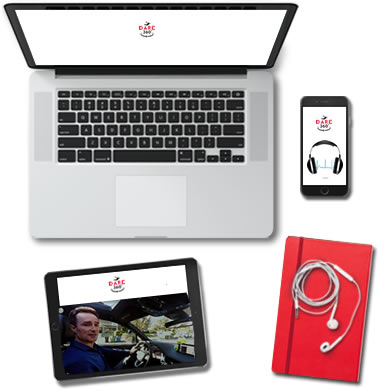 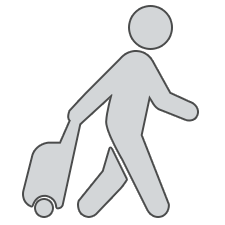 Learn on a train, in a park, wherever you want.

You’re free to play or stream content directly from your iPhone, iPad or virtually any other multimedia device. 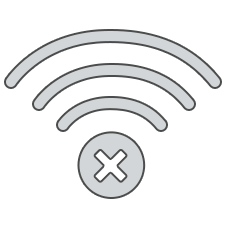 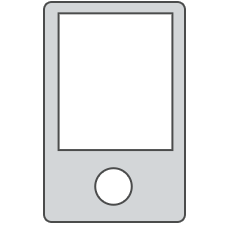 Works flawlessly on your mobile device.

Your content is optimized for Apple devices by an using an external app by Wistia,  android devices works without an app. 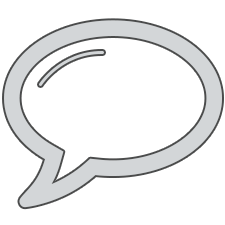 We pride ourselves in the fact that we deliver the best materials for getting the best results in the shortest time frame possible.

If you feel the program has not made a significant impact in your life you can get a no questions asked 100% refund.

We stick by our claims. If for any unlikely reason this program doesn’t live up to your expectations, drop our team an email and you will be refunded 100% of your investment up to 90 days from your date of purchase. 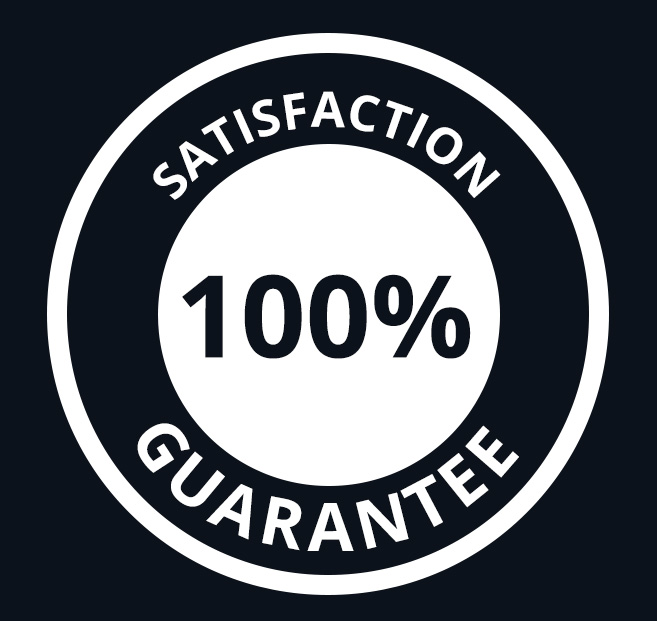 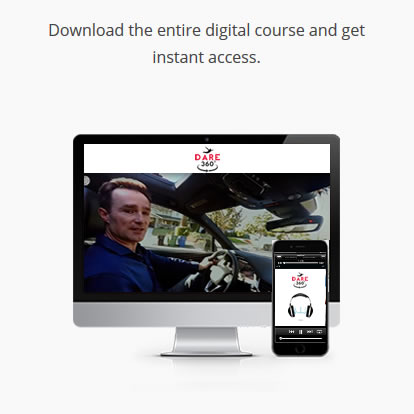 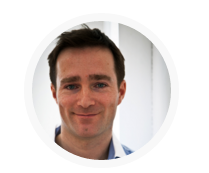 Barry McDonagh (BA, Dip Psych ) is the author of DARE and the creator of the best selling anxiety treatment program Panic Away. 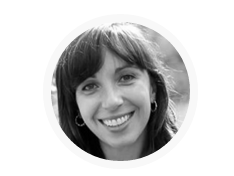 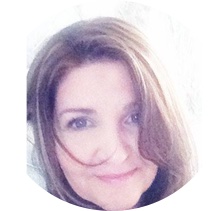 Is a life and anxiety coach, who with the help of Barry McDonagh's program has made it her mission and passion to help people from all walks of life, to achieve a more peaceful anxiety free state. 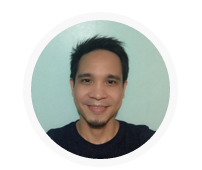 John P is head of customer support and keep things running smoothly in the background.

P.S. If you have not got the book DARE you can order it here.

DARE Has Become a Global Movement

Dare launched in 2015 and is changing the way anxiety is treated.

It is now the highest rated book for anxiety on Amazon.com.People have been learning how to

Live each day without the dread of general anxiety or panic.
Fly , drive , shop or do whatever you like without worry.
Feel excitement instead of dread about the day ahead.
Reconnect with your old carefree self again
Travel with ease to places you have always wanted to go.
Feel real genuine freedom again like you did as a child. 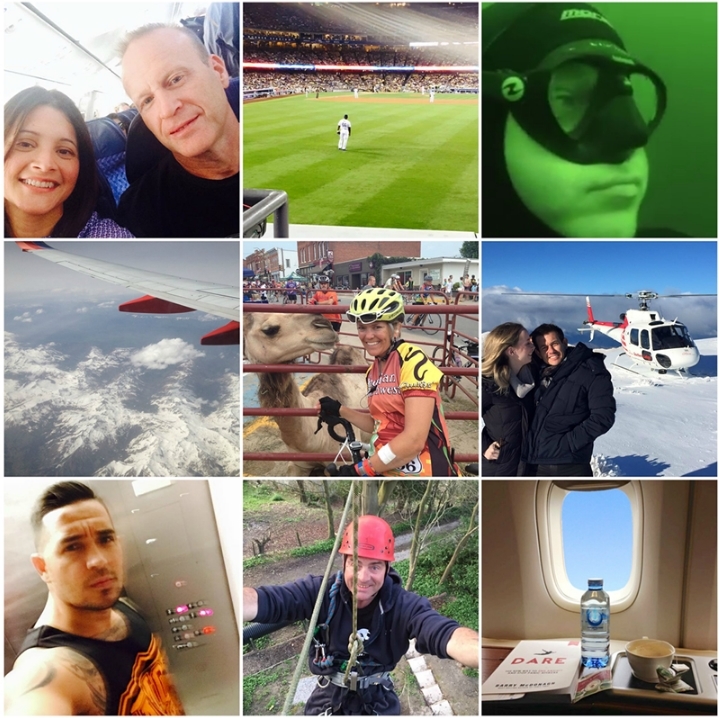